My appreciation is here. 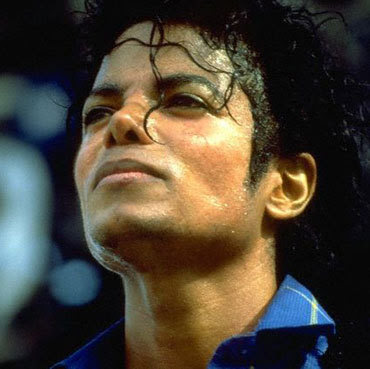 "How Does It Feel? When You're Alone And Cold Inside"--MJ, Stranger in Moscow

I remember when I first heard the Jackson 5. It was back in Chicago in the late 1960s, and they were so joyously infectious, and little Michael was the same age as me! He became the background noise of my youth and young adulthood, ever present. Sure by the late seventies I was a nascent jazzhead, but who didn't like the Jacksons? "Blame It On The Boogie," "Don't Stop Til You Get Enough," I remember the excitement I'd feel if I was entering a club and heard those songs playing over the distant dancefloor.

After I moved to New York City there was "Human Nature" and the unbelieveable world-gripping love-affair with "Thriller" and his absolute mastery of the human body through dance. Yeah I listened to my jazz and I was getting into New Wave but who didn't like Michael Jackson? I listened to "Bad" and was amazed at the technology of his sound. The last Michael I bought was "HIStory" and oh my God there he is singing the word "SHIT!"

I'm not really one for Disney-esque gloss and by then, well everybody loves Michael Jackson, but I stopped being so interested in his music and the "King of Pop" hype machine being stacked around him like so much plastic, so I probably can't name a single one of his songs since then. But he was always there, in the background.

There is of course, the other Michael Jackson story, the one that began somewhere between his driven, task-mastering parents and that love song to a rat. The other story is the one where the adorable black boy grows into a strange powder-white not-quite-a-man, his face carved into unnatural shapes, and his reputation stretching the limits of belief. The weird Peter Pan obsession, the ugly theme-park garden estate, the sleeping with children, the peculiar marriages and strangely named children, the weird public faux-pas like babies being dangled off balconies, and the face and hair every year seeming stranger and stranger. His voice always a boyishly innocent falsetto, his singing evolved into an odd ritual of yelps and whoops.

I remember in New York City somewhere around the time his friend Diana Ross was trying to ingratiate herself to the citizens of our city in the early 1980s and she gave those unforgettable storm- and mob-plagued Central Park concerts (both of which I attended), there was an ugly ugly headline on a local African-American newspaper: "THE WHITE LADY AND THE FAGGOT." The white lady of course was Diana Ross and MJ was "the faggot" and I have long since forgotten why this now-defunct newspaper hated them and their friendship so much but it must have been a lifetime of dealing with such harsh judgments that pushed MJ so deeply into a unbreachably private life.

I hope in some way that the strangeness of MJ's last two decades was its own kind of hype. Was he happier than he seemed? I hope his family loved him and treated him well behind the walls of public persona. Was his world the lonely hard-edged place that seems to dominate the lyrics of "HIStory" or was it something filled with the joy of love and creativity and artistry?

It's always sad to lose one's musical idols, and the cost of living to middle age as I have done is outliving many of those responsible for my own life's soundtrack. Of course the music these amazing people created stays alive and ever-present. But as much as I have wondered in disbelief what the hell he was up to, I never thought Michael Jackson wouldn't be there in the background.

Goodbye Michael! Thanks for your music. Peace and blessings to you and all of those who loved you.
Posted by ish at 8:08 AM No comments:

Just a comment duped here, forworking into something. I'm frustrated as hell at the current trahectory of the gay community. It's a timeof such promise but it's being so seriously mislead. Anyway, from a comment I wrote on a blog:

You and many many other blog commenters with your same bullying tone and lack of substantial argument have in fact made numerous expressions of buyer's remorse for Obama and nostalgic note of your previous support of Hillary Clinton. I'm not inventing that.

I'm not actually negating any of the community's frustration, which is obvious. What I am negating is this hyped-up campaign of hyperbole, led by people who never actually supported Obama in the first place, for reasons that were as questionable then as they are now.

What I call upon the community to recognize is the dangerous trajectory that you Obama haters (and yes that's what you are "Michael") are playing with as you attempt to steer a frustrated community into open opposition to the Obama presidency.

Rachel Maddow may be enjoyable entertainment but the community led by a TV network's quest for ratings and popularity is one that will soon find itself floundering and leaderless. Rachel Maddow is not our community's leader, and nor should be the defeated Hillaryites who sensing blood in the water have come back to feed. They offer no real solution and their leadership will end in tragedy for our community as what POSES LIKE righteous opposition soon turns bitter into eventual rightward drift.

If you think I am making that up look at what has happened in many gay communities in Europe where squeaky clean and tidy Eurofascism has found acceptance among a privileged white layer that now includes some gays.

I'm frustrated with a lot of what Obama has done or not done. But the battlelines are clear for all to see, and I am not eager to stand with the wingnuts and American religious fascists who are mobilizing against not only the centrist Obama as he is, but the symbolic Obama we voted for with the (as yet) unfulfilled promises.

Which side are you on?
Posted by ish at 5:16 PM No comments: