About That Republican "No" 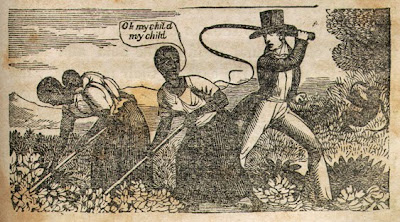 I've not been particularly inclined to defend Mr. Obama of late, but I am singularly horrified at the small thing that happened to him yesterday. President Obama has been promising for weeks to deliver a "bold" jobs plan in a speech after fake Labor Day. It will no doubt be insufficient, and will no doubt go over like a lead zeppelin in the Republican House. It will no doubt have many rousing platitudes about American workers and no doubt fail to combat the rampant union-busting so prevalent today or actually have much an effect on today's runaway unemployment. But never mind that. It turns out he wants to make a really big deal out of this speech and sent a note calling for a Joint Session of Congress before which he could deliver his address. The request for such a session is a ritual formality, always granted.

But this time Speaker of the House John Boehner said "no, ni**er know your place." Well he actually only said "no," but it's entirely obvious what he meant. Those of us listening for the dogwhistle can hear it very well, thank you, even when it is meant for certain other ears. Congressional historians reached by the NY Times say that such a thing has never happened before. The orange weeper Mr. Boehner made a lame excuse about (unspecified) votes scheduled for that very moment that could not, apparently, be postponed. Although nobody officially mentioned it, Wednesday is also apparently the time that the Republican 2012 Presidential clowncar will be holding one of its early debates at the "library" of their vile hero Reagan in California. Apparently the dishonest pontifications of a bunch of right-wing bigots is of more import than the federal jobs policy at a time of economic crisis.

Apparently the communications between Boehner and Obama were tense, and Boehner suggested the following day; initially Obama refused, and then, of course, he acquiesced to a Thursday appearance before Congress. Thursday is also the NFL kickoff, so fewer people will be wanting to watch national policy on teevee. The rightwing commentators went on the attack, accusing Obama of using his office to "campaign."

I find in this small episode an encapsulation of much of the tragedy of the Obama administration. In his eminently reasonable way Obama is busy talking about "bipartisan proposals," and the Republicans are saying "fuck you" and all but announcing their intention to disregard him entirely. And yet Obama brushes it off. And smiles, and scrambles to fashion some compromise that pulls some faint shadow of a hopeful political plan into a contrived and dangerously inadequate imitation plan that leaves the problem unsolved, him looking weak, and the right wing chortling all over themselves with unconstrained glee.

Maybe that's all that can be accomplished right now, who knows. But here's the thing. Appeasement doesn't work. Hitler invades Poland anyway; London gets bombed.

In the past three years it's been plain as day what the nature of much of the opposition to President Obama really is. The racist nature of the Republican party, both its conservative mainstream and extremist tea-bagger fringe, is clear to anybody who's not desperately trying to convince themselves otherwise. All that crap about the so-called Tea Party being mere economic conservatives, it's a lie. And the Republicans are treating our first African-American president as they have treated no president before, with palpable contempt and disregard.

President Obama was smart enough to know that he needed the energy of outraged progressives to get elected, along with all sorts of other constituencies. Who knows, he may even be smart enough to get himself reelected despite the shithole the economy is in, who knows. But it is painful to watch him transformed by Republican contempt into a Stepin-Fetchit caricature. Read the anti-Obama comments on any political website. There is some incisive criticism from the left here and there, and some programmatic disagreement from the right that is not based on lies and dishonesty. But most of it has turned into derisive objectification of his arrogance, cluelessness, spinelessness, or teleprompter habits. While I find myself disagreeing with his policies over and over again, it's painfully obvious that much of the criticism of Obama consists of sixteen-dollar-words covering up what is merely contempt for an uppity ni**er considered to be something only slightly more impressive than a trained monkey. In becoming a magnet for the disappointment of the American people, Obama is increasingly the catalyst for an explosion of white racist resentment. After the bumbling incoherence of President Bush, people are outraged about Obama's teleprompter? I don't buy it one bit.

And now, in advance, the Republican leader has said to Obama, "we don't really care what you have to say." They are not willing to offer even the ritual respect that is the glue that holds polite society together. As Chauncey DeVega on the brilliant "We Are Respectable Negroes" blog writes, Boehner just pulled a "boy you best get off the sidewalk and let a white man pass moment." And President Obama stepped down into the gutter and let Boehner pass. Will he call them out in his speech? It's nice to think about. I'll be very surprised if it happens.

We can do so much better. Pretending that what is happening is not actually happening will do us no good. America needs to have this confrontation: Obama's attempt to keep his hands clean seems to me aiming very very low. The Democratic and Republican parties need to be split asunder. Let the racists organize their party openly. Let the corporatists from both parties unite and try to take it all back. And let the vast majority of working people discover their own strength and power. Let the racism and the anti-gay bigotry and the thievery of the rich be openly condemned, and then let it be smashed.

Not papered over. Smashed.